The main core of this site are the regular blogs… The site address is 3generations.eu, but the subtitle I give it is entitled Perspectives. We often want to have objective truth, to know the facts, but more often than not we discover perspectives, and they are not always accurate ones at that. However, if we hold to them in humility, they can prove to be valid perspectives, and from them we can move forward.

Although I am the main contributor to this site, there are a few guest contributions from time to time. My personal interest is in how faith in Jesus can impact society, and in particular the ‘gates‘ of society. The Christian faith clearly makes an impact personally – we are called to follow Jesus personally, but that faith has public implications. The Gospel is ‘good news’, precisely because Caesar is not lord, nor any would-be dominating Caesar. The title ‘Lord‘ is given to Jesus because of how he lived. He was not humble and obedient to death so that now he can be dominant. He is still the servant for all. His discipleship calls us to engage with our society, and how we engage with the catalytic area of the ‘gates‘ is very important.

Perspectives are always shaped by our history and culture, but hopefully reshaped through the experiences of life as we respond to the living God. I host the blogs here to update people at a number of levels:

(Please feel free to comment, and if you wonder how to get your ‘avatar’ to appear next to your comments go to gravatar.com and set your own image there.)

My interests are varied: ‘3‘ Generations

My context is .eu

I aspire to be first a follower of Jesus, and so all his followers are my family through redemption; all of humanity regardless of race, colour of skin or faith are my relatives through creation. This call is one I do not always live up to.

I am secondly a European – this is my context. I wish to see this wonderful continent and the islands that belong to this geographical identity impacted for Jesus. (I also wish to participate in healing wherever those from this continent have imposed any level of colonial rule.)

The above convictions has led us (Gayle and I) to relocate first to the island of Mallorca, then the ancient city of Cádiz (the historic Tarshish that Jonah was heading for) and from there to our current bases: on the east coast, and in Madrid, the capital. Brought up in Scotland I then lived the major part of my life in England, but I had for many years a focus on the mainland of Europe.

(We began to pray when we arrived on the east coast that God would give us the 'upper springs' as well as the 'lower springs'. We were amazed how little rain there was on the coast but how green it was. We then discovered that there were many underground streams, and being at sea level we were truly in the 'lower springs'. Then we found out that not only was Madrid 667metres / 2,200ft above sea level but that there is a strong concensus that the name is from an Arabic route implying the place of many springs.

In May 1991, I gave a message that the call of God was to lead us toward the day when there would be 3 generations working together. God being the God of Abraham, Isaac and Jacob. I now see this in a non-hierarchical way (not grandparents, parents and children – but three generations of parents rising up).

The season we are in is the time when I consider that we have to press in for this. Why ‘.eu’? In the UK we are not very good Europeans. But this is the continent that we are part of, and the continent where we must see the shift take place of generations working together for a future. I hope you will find material on these pages that will encourage you in your journey. We have many challenges ahead but this is going to be our best day if we walk humbly and persistently.

I was born in the Orkney Islands in Scotland in 1955. My mother’s maiden name was ‘Eunson’, possibly indicating some Norwegian / Scandinavian background. The islands certainly had a strong Norse influence, arguably stronger than the Scottish influence.

I was the sixth child of eight. At age 18 I left to study theology at London Bible College (now London School of Theology). I graduated in 1976 with an honours degree in theology, and also left engaged to Sue Middlemiss with whom I had 27 years of marriage. We moved to Cobham, Surrey to participate in a reasonably new expression of church there. Ben and Judith were born in 1981 and 1984 respectively. In Feb, 2005, Sue passed away, and I continued to live in that area in Leatherhead, until the end of 2008. I still journey with many of those same believers, and have friends in many places in the world.

In August 2008 I proposed to Gayle (Crawford), and we were married at the end of November 2008. I had known Gayle for some 10 years, but for the previous 4 years she had been living in Inverness and we had no interaction over that time. We then found our paths converging and a wonderful relationship has developed. On January 1st, 2009 we relocated to Palma de Mallorca, then 3 years later we moved to Cádiz in South West Spain. Now we are based south of Valencia.

Some of the core influences: 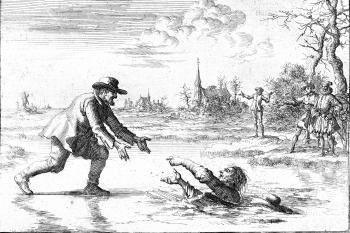 You will probably easily see all the above influences come through in what I write.

I have been privileged to work at a pastoral level within a (then called) new church community, to travel and work as part of a network that opened many doors for me. My main work between 1998 and 2008 was Sowing seeds for revival, and to a lesser extent Company of prophetic people. Those two involvements expressed my desire to see a generation rise up who know the Lord and are strong in him and who become agents for God to transform society. The work in Sowing seeds for revival expressed a belief that church in the locality (and not local church) is an expression of the body of Christ that is chosen not to condemn the world, rather because the world belongs to him. The world is his focus. Supporting a rising generation is therefore very necessary.

Less of my time is now spent in focusing on that expression of church. Others can probably do that better. My time has more of a focus on encouraging and equipping believers to engage with clarity into the issues of sowing today for the future transformation of society.

I have been deeply influenced by: